Chefs Who Cook Well and Do GoodPublic Health & Policy

Chefs Who Cook Well and Do Good: Spike Mendelsohn 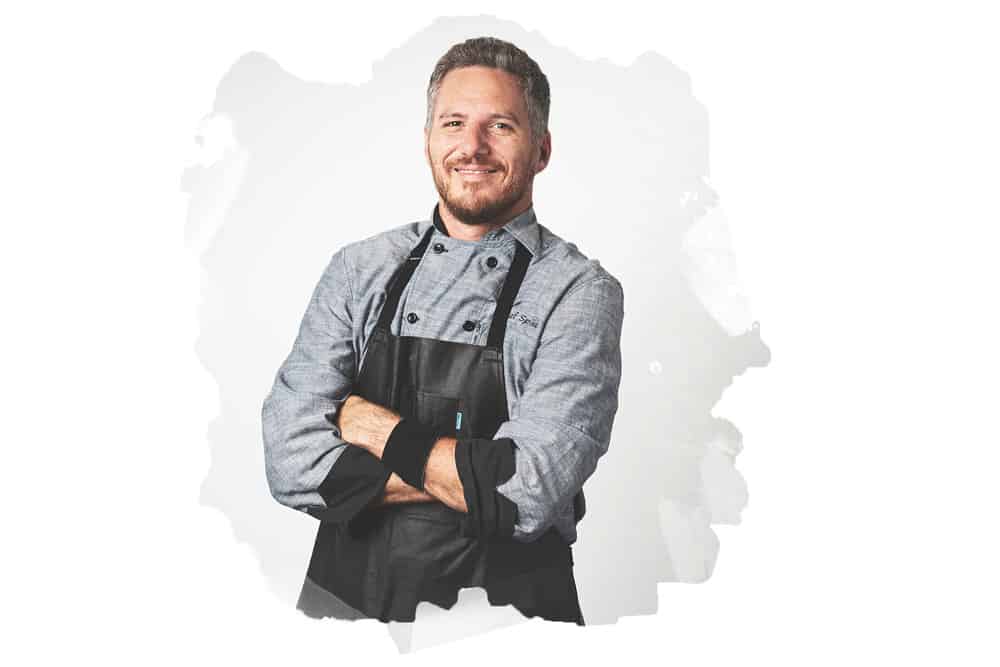 Culinary Training:  Mendelsohn’s father, grandfather, and great-grandfather were all in the restaurant business. He began his professional culinary education at the Culinary Institute of America in 2005. From there, he went on to work for Chef Gerard Boyer at Restaurant Les Crayeres in Reims, France.

Best Known For: His multiple restaurants (Good Stuff Eatery, Santa Rosa Taqueria, and We, the Pizza) in Washington, D..C.,; being a contestant on the fourth season of Top Chef, and his food policy advocacy

How He Is Changing the Food System: Chef Mendelsohn wears many hats. His website describes him as a “Celebrity Chef,  Restaurateur, Food Advocate, Podcast Host, Brand Consultant, Husband, Father, and Adventurer.”

Since being appointed by Mayor Muriel Bowser in February 2015, he has served as Chair of the D.C. Food Policy Council, whose purpose is to promote food access, food sustainability, and a local food economy in the District of Columbia. He has held this position since he was appointed by D.C. Mayor Muriel Bowser in February 2015.

“I have made a career out of feeding people in my Capitol Hill restaurants. But around the world, one in nine people lack access to proper meals each day, and, as a result, their health and the stability of these nations are in jeopardy. Without access to nutritious food, children cannot develop to their full potential and parents make agonizing choices about if and how they can feed their children. Hunger and malnutrition are the number one risk to global health, killing more than AIDS, malaria, and tuberculosis combined, and malnutrition contributes to one-third of childhood deaths,” he wrote in an op-ed. “ With the help of CARE, Edilberto regained the confidence needed to start his business again with a focus on protecting his land and his assets. In 2011, Edilberto and other small-scale farmers in the area banded together in a potato cooperative.”

Mendelsohn has also teamed up with the nonprofit, DC Central Kitchen to turn advocacy into action.

In addition, he serves as a Chef Ambassador in CARE’s Chef’s Table Program, traveling to countries from Peru Mozambique to witness the organization’s efforts to reduce hunger and malnutrition. Armed with this firsthand knowledge and a deep understanding of CARE’s international food security policies, he has leveraged his unique position to change the way that policymakers and communities think about food.

“As an advocate for the global poverty-fighting organization CARE, I had a chance to see the impact of such challenges on farmers firsthand.  Last year, I traveled with the organization to Ayacucho, Peru, where I met a local farmer named Edilberto. For generations, Edilberto’s family successfully produced and sold native Peruvian potatoes, but their land was destroyed after years of internal conflict and attacks from guerilla groups,” he wrote.

In addition to advocating against hunger, Mendelsohn is a fierce proponent of ending food waste. He’s worked with the World Wildlife Fund (WWF) and other partners to educate the hospitality industry about the principle drivers of food waste and how to prevent it.  And he’s also teamed up with Food Rescue US. , a national volunteer-driven food rescue program that uses an app to connect businesses that have excess usable food with hunger relief agencies. Mendelsohn also serves as a chef ambassador and chef lobbyist for Food Policy Action, a collaboration of national food policy leaders working to hold legislators accountable for votes that impact our food system. In 2018, he ran a podcast, Plate of the Nation, sponsored by Food Policy Action, to promote safe, healthy, affordable food for all. The podcast covered topics such as urban agriculture, female farmers, ending hunger – all reflecting the belief that food is a right, not a privilege.

During the COVID-19 pandemic, Chef Mendelsohn has been active in combating childhood hunger resulting from school closures and, therefore, the suspension of school free lunch programs.  of schools and therefore free lunches public schools offer. He’s offering free slices of pizza, burgers, and tacos at these restaurants, Good Stuff Eatery, We, the Pizza and Santa Rosa Taqueria

“I really hope that people realize how important our food system is and how critical it is to our communities. Small businesses, farmers, purveyors, back-of-the-house staff and front-of-the-house staff are all taking a hit. My hope is that people just come out of all of this with more kindness for each other. Restaurant workers don’t have the luxury of remote work, says Mendelsohn.

Chefs Who Cook Well and Do Good: Bryant Terry

Chefs Who Cook Well and Do Good: Dan...

Chefs Who Cook Well and Do Good: Bryant...

Chefs Who Cook Well and Do Good: Marcus...

Chefs Who Cook Well and Do Good: Edward...

Chefs Who Cook Well and Do Good: Daniel...

Chefs Who Cook Well and Do Good: Matt...

Chefs Who Cook Well and Do Good: Alejandra...

Chefs Who Cook Well and Do Good: Barton...

Chefs Who Cook Well and Do Good: Cat...

Chefs Who Cook Well and Do Good: Kelly...