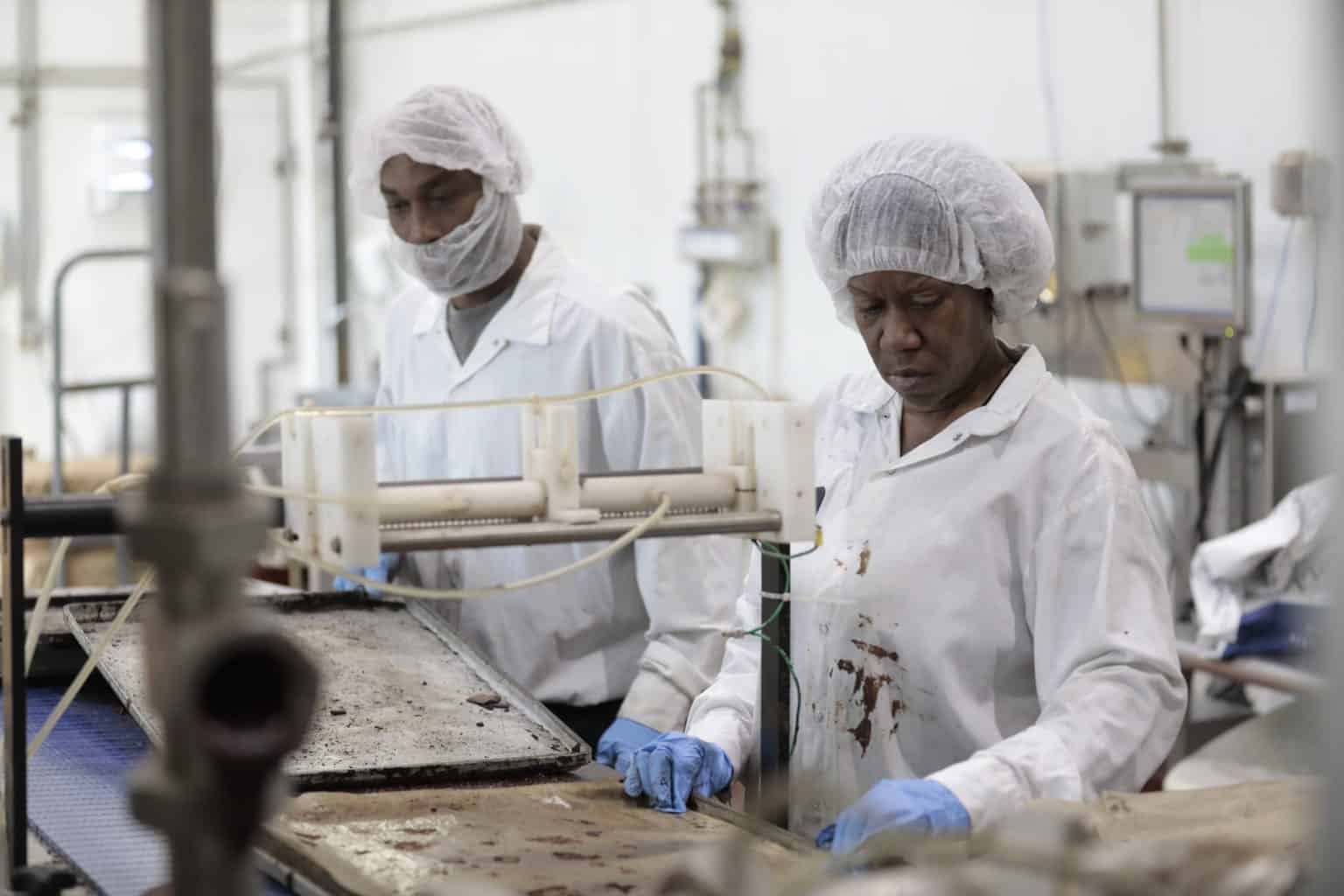 What the company does
Greyston Bakery hires people who have faced barriers to employment – including the homeless, the previously incarcerated, illiterates, addicts, refugees, or simply those without prior experience –  to produce delicious #brownies. By doing this, they help break the cycle of #poverty and breathe new life into their community.

You may have enjoyed one of their brownies in your pint of #Ben and Jerry’s Chocolate Fudge Brownie or Half Baked ice cream. Every day, Greyston bakes 37,000 pounds of brownies for Ben and Jerry’s alone. With $20 million in annual revenue, this bakery proves that inclusive hiring is economically and socially viable.

How is the company socially responsible?

Many factors contribute to chronic unemployment or underemployment, such as health and mental issues, lack of education, discrimination, and so on. Therefore, Greyston Bakery addresses chronic unemployment at its root. They follow an Open-Hiring Policy that does away with interviews, resumes, background checks, and applications. Anyone willing to work is considered; no questions asked. Applicants are hired based on a first-come, first-served basis. They are then given a six-month paid apprenticeship before they are promoted to full-time employees.

A percentage of the bakery’s profit is funneled back into funding expert-led job-training and life-skills courses to employees at no cost. Greyston Bakery also runs a variety of social programs. These include an HIV support center, low-income housing services, and a Community Gardens program which produces approximately seven tons of organic produce annually. (Greyston Bakery) (Huffington Post)

Company origin
In 1982, Bernie Glassman, a Zen Buddhist teacher, founded a café-and-bakery in Manhattan as a social enterprise that would employ students. When the mayor of Yonkers asked Glassman to transfer the business to his city, Glassman accepted. Though Yonkers had the highest per capita homeless population in the country at the time, Glassman saw an opportunity to breathe new life into a disadvantaged community.

Following the Buddhist principles of non-judgement and kindness, Glassman’s bakery hired anyone who expressed interest. Since then, Greyston has employed more than 3,500 people and has supported more than 19,000 families. (Greyston Bakery) (New York Times)

Where to buy: Online at https://greystonbakery.com/. In addition to being Ben and Jerry’s main supplier of brownies, Greyston Bakery sells their products at #Whole Foods. You can also find their products in your lunch or dinner on international Delta flights. (Whole Foods) (New York Times)

Chefs Who Cook Well and Do Good: Massimo Bottura